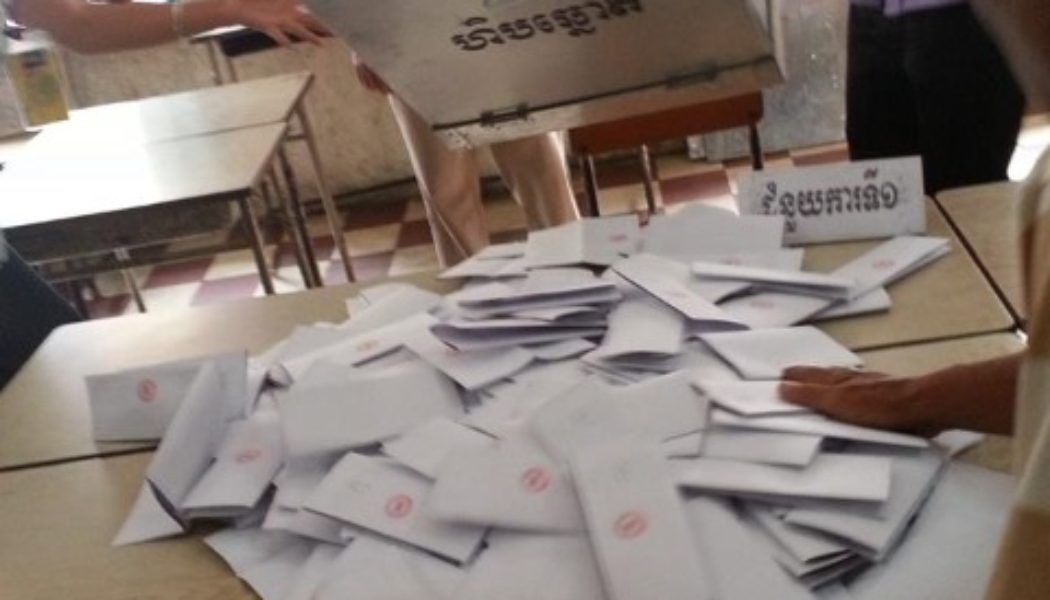 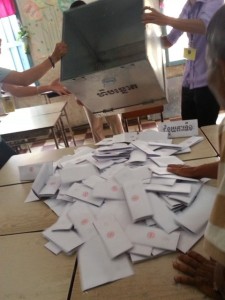 The provisional results of the 2013 elections have been announced, with Minister of Information, Khieu Kanharith declaring a victory for the Cambodian People’s Party (CPP). In the statement released on Sunday night, the Minister announced that the ruling party had won 68 of the National Assembly’s 123 seats, whilst the main opposition party, the Cambodian National Rescue Party (CNRP) won 55 seats, although this figure varies.

But what do the provisional results mean in relation to the formation of the new Government? Are they definitive? Can the CNRP challenge the result based on the alleged irregularities? When will the new Government officially be formed? Destination Justice takes a practical look at the Cambodian Elections 2013.

Khieu Kanharith’s statement cut through the confusion of conflicting reports on Sunday night, with the Council of Minister’s spokesperson Phay Siphan, confirming that he believed the results to be correct.  But the National Election Committee refused to be drawn into comment on whether the results were accurate and Mr Siphan caveated his comments by saying results were “unofficial” at this stage.  This theme follows a similar pattern to the 2008 elections in which the CPP claimed victory on the basis of preliminary results, for official results to confirm this several weeks later.

Reports of voting irregularities despite overall improvement since 2008

Despite Transparency International Cambodia reporting an improvement in voting conditions in the run up to the election, in comparison the previous election campaign in 2008, there were numerous reports of irregularities on election day. The alleged irregularities referred to incidences of voters being unable to find their names on the voter registration list, voters discovering that someone had already voted for them, and some voters who were allowed to vote with no identification, incomplete identification, and inked fingers.

The Committee for Free and Fair Elections in Cambodia (COMFREL) Director, Koul Panha, said Sunday’s vote produced an estimated turnout of 69 percent, approximately 6 percent lower than the 2008 election. COMFREL indicated that the main reason for the reduced turnout appears to be voters being barred from casting ballots because their names were removed from the voter lists.

Can political parties challenge the legitimacy of the election?

In the face of these allegations of irregularity political parties do have a route of redress, as set out by the National Election Committee:

Complaints against the election result or irregularities at the Polling Station were due to be submitted to the Commune Election Committee (CEC) on 29 July. The CEC is currently due (29 – 30 July) to give a decision on the validity of these complaints.

Parties can then appeal the CEC’s decision to the Province Election Committee (PEC) who have until 4 August to resolve complaints.

If parties are not satisfied with the resolution from the PEC, they can bring their grievances to the National Election Committee (NEC), who will have until 10 August to consider the complaints, before delivering a “temporary result”.

The parties can then challenge the temporary result by the NEC to the Constitutional Council. who have until 7 September to decide whether the complaints warrant a re-election.

When will the new Government officially be formed?

What happens to the National Assembly in the intervening period?

With the official results unclear in the face of new and redoubled calls for the legitimacy of the election, there are doubts as to when the new Government will be formed which may affect the legal status of any new Assembly sworn in after a certain period.  Article 82 of the constitution states: “The National Assembly shall hold its first session no later than sixty days after the election upon notice by the King”, rendering any further delay in the formation of the new National Assembly after 26 September unconstitutional in the absence of any special dispensation from the King.

If the preliminary results are found valid, how does the CPP’s reduced majority in the National Assembly affect it from a constitutional point of view?

A constitutional amendment in 2006 changed the requirements to form a Government from a 2/3rds majority in Parliament, to only a 50% plus one seat majority. In this respect, although weakened, Hun Sen will still be able to form a Government, holding 68 of 123 seats in the National Assembly.

However, as there is still a 2/3rds majority required in order to effect constitutional change, the CPP will no longer be able to change the Constitution on its own, and will need to partner with other parties in order to achieve this.

In addition, the opposition is now of sufficient size to deny a quorum in the National Assembly (seven-tenths of the assembly must be present to achieve a quorum) and prevent the proceedings from being valid.