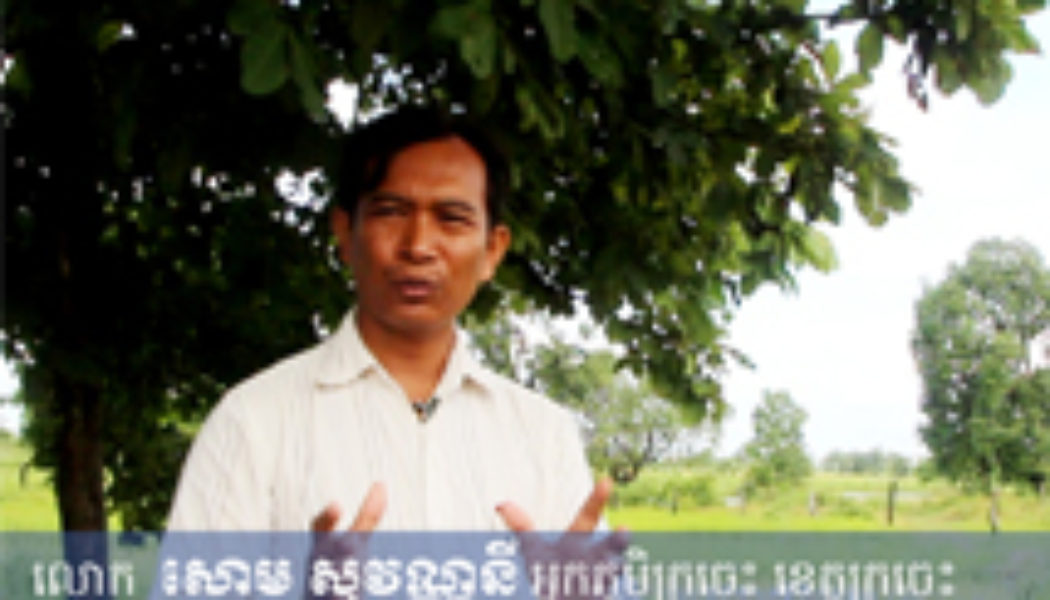 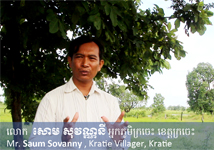 On Wednesday 17 December 2014 late afternoon, the Cambodian Center for Human Rights (CCHR) launched its new project before an assembly of around 80 people including  the EU representative, Virginie Lafleur Tighe, members of the city hall and the national assembly, members of the civil society, and representatives of the communities affected by the land crisis (including the five community leaders interviewed in the movies).

This project  is part of CCHR Land Reform Project and consists of a series of community profiles highlighting Cambodia’s land rights crisis. It consists -for now- of a series of 5 short movies screening communities struggling with a land issue -the objective being 30 by 2017.

The films tell different stories of harassment, intimidation and attacks, in attempts to chase people from their land to make way for real estate, industrial and infrastructure projects as well as the exploitation of Cambodia’s natural resources. In addition to the short movies, a new website has also been created where written profiles and additional information on each of the communities are also available.

The five profiles have been recorded in Phnom Penh and four Cambodian provinces in order to give an overview of the situation in Cambodia. These community profiles do not only highlight different aspects of the land rights issue but also give hope to other communities around Cambodia that are faced with land rights issue.

Underlining that “land rights is the Human Right issue defining this time in Cambodia’s history”, Virginie Lafleur Tighe recalled that “land has an increasing value, it’s the time to fight back because afterwards it would be too late”.

The European Union, which supports proudly this project with the Open Society Foundation and ICCO, hopes this project will increase awareness towards land rights issues among the Cambodian society and abroad.

Hopes confirmed by Ms. Chak Sopheap, CCHR’s Executive Director, for whom this project’s objectives are to promote “a bigger understanding of the land reform project and […] it’s an opportunity to empower the communities in fighting for their rights”.

For more information about land conflicts in Cambodia read the CCHR 2013 report.