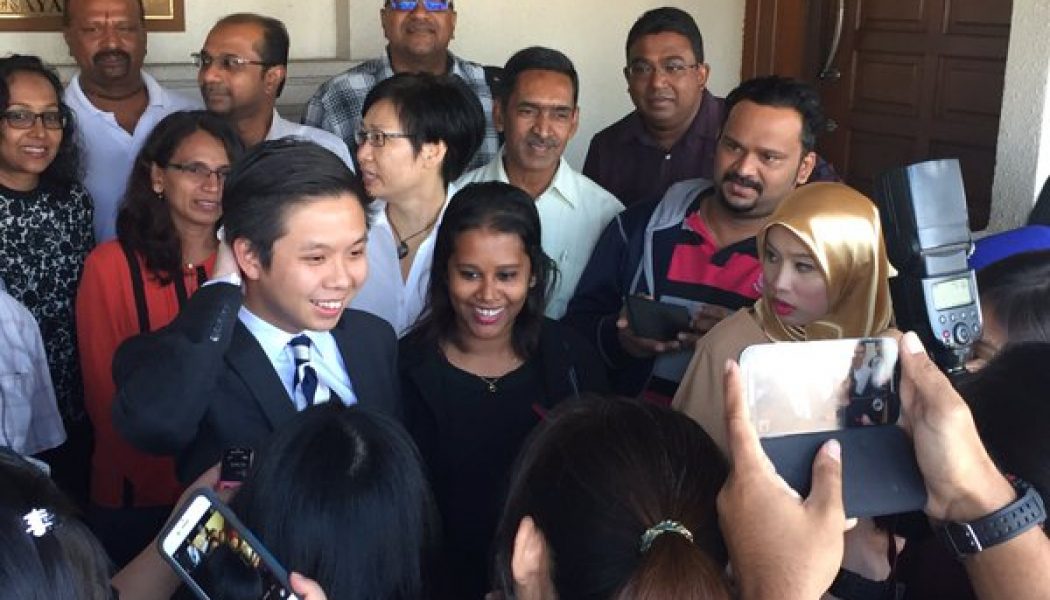 Phnom Penh, 14 April 2016 – Destination Justice released a report today documenting its findings following the monitoring of the trial of Malaysian human rights defender Lena Hendry, who was arrested, criminally charged, and acquitted in connection with the screening of the film “No Fire Zone: In The Killing Fields of Sri Lanka” (NFZ) in Kuala Lumpur, Malaysia, on Wednesday 3 July 2013.

Destination Justice’s trial monitoring report expresses concerns as to the fairness of the December 2015 to February 2016 trial, highlighting a number of irregularities with regard to equality before the law, equality of arms, and several other basic principles of criminal justice and human rights, as well as the threat posed to freedom of expression in Malaysia by the Film Censorship Act.

“Freedom of expression is one of our fundamental freedoms.  Under international law, States can introduce laws limiting the freedom, but only to a degree, and any prosecution for any alleged violations of those laws must ensure defendants enjoy the minimum international law guarantees for a fair trial”, said Destination Justice Director Doreen Chen.

The defendant in the observed case – Lena Hendry, 31, a Malaysian Human Rights defender (HRD) working as a program coordinator for the Malaysian NGO Pusat KOMAS – was arrested and released on bail on 4 July 2013 following the private screening of the documentary “No Fire Zone: In the Killing Fields of Sri Lanka” directed by the UK award-winning director Callum Macrae.  She was charged under Section 6 (1)(b) of the Film Censorship Act (2002).

After a failed challenge by Ms. Hendry’s defence as to the constitutionality of the Film Censorship Act, the accused went on trial in the Magistrate’s Court in December 2015.

At trial, procedural irregularities that Destination Justice’s monitor observed included violation of  the right to a fair trial based on the lack of defence access to the prosecution’s evidence; the right to have access to a duly reasoned and written judgement; and, the right to equality before the law and to equality of arms due to communication of the facts of the case amongst the witnesses, and between the witnesses and the prosecution through a WhatsApp group.

On 10 March 2016, the Magistrate ruled that the prosecution failed to establish a prima facie case against Lena Hendry, and dismissed the case, acquitting Ms. Hendry.  However, the prosecution has appealed this judgement.  Thus, Ms. Hendry may be subject to further investigations or a retrial.

Destination Justice encourages the Malaysian government to take all necessary measures to adhere to the principles enshrined in international covenants and treaties, including the UDHR and ICCPR, and therefore to repeal or amend the Film Censorship Act to comply with the right of the freedom of expression enshrined in the Federal Constitution of Malaysia at Article 8.  Destination Justice further urges the Malaysian government to tackle the clear deficiencies in its criminal justice system as highlighted in the trial monitoring report.