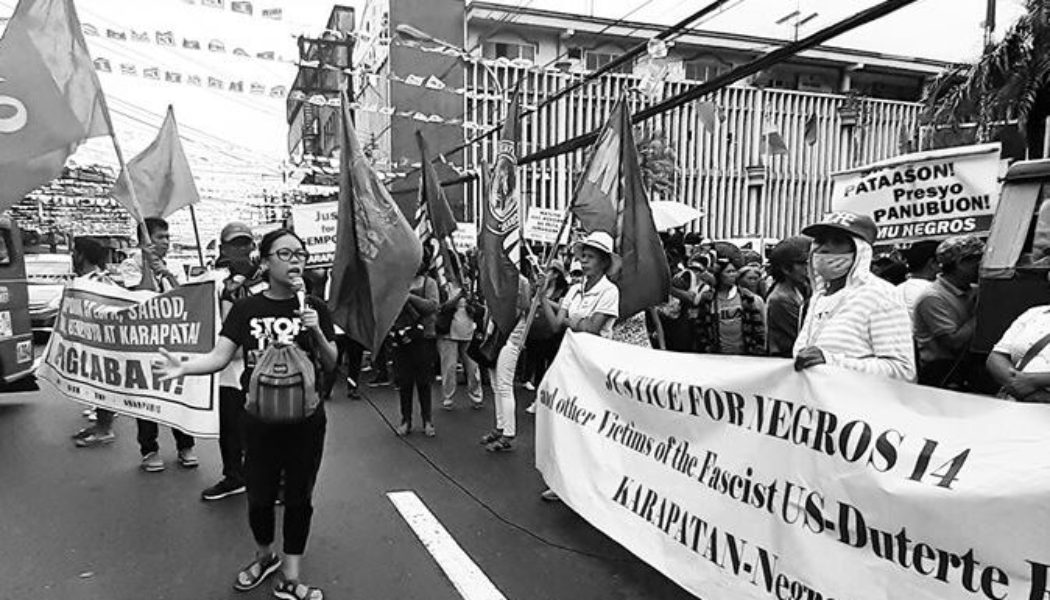 Our team first met Zara in 2015 when joining the international team monitoring her trial in which politically motivated charges of murder and robbery in band were brought against her and 42 other activists in the Negros city of Bacolod (the Philippines). Criminalisation of Human Rights Defenders is a strategy often used by governments to discredit, financially pressure and even jail HRDs who dare to advocate against State’s corruption and rights’ violations.

Targeted for her activism, she had petitioned the courts with other defenders to seek protection against the military whom they accused of harassment including surveillance and threatening messages. The Court of Appeal denied such protection in June 2019 mentioning that “there is no evidence that petitioners have been susceptible to harassment and to increased police surveillance”. The case was now waiting for a decision by the Supreme Court.

Zara Alvarez was a woman rights defender (WRD) in Negros Occidental, Philippines. She had worked for the youth organization Anak Bayan; as Deputy Secretary General of the broad political coalition Bayan Negros; for the human rights organization Karapa-tan; and as Education and Campaign for the Negros and North Negros Alliance of Human Rights Advocates (NNAHRA).

Alvarez was a single mother of an eleven-year-old child.

Read more on her murder: https://rappler.com/nation/zara-alvarez-petition-writ-amparo-habeas-data-court