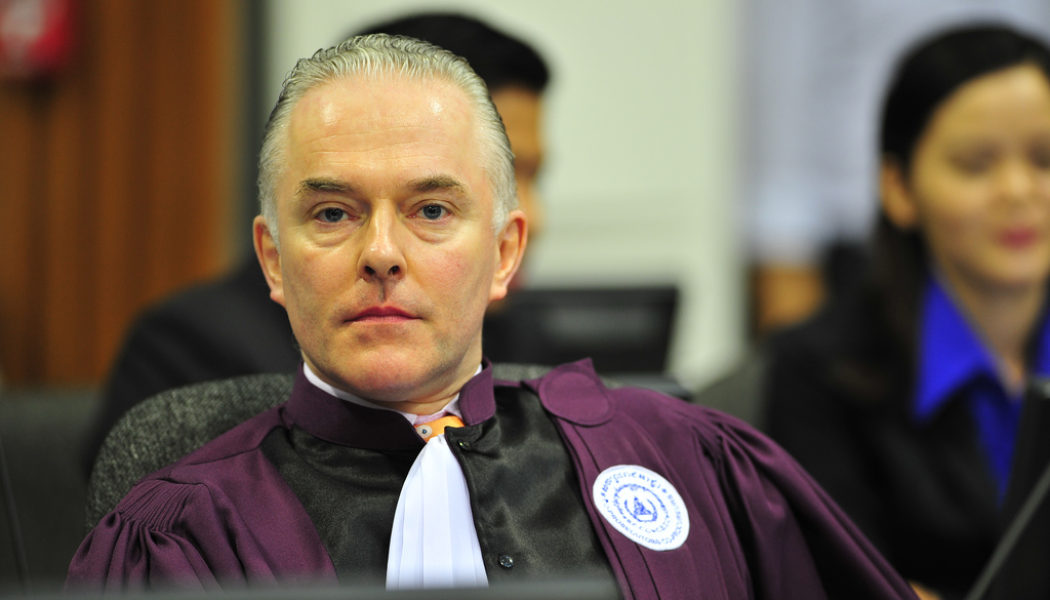 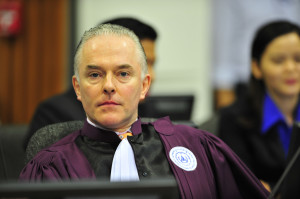 Andrew Cayley, an international criminal lawyer who has acted for the Defence and Prosecution at the International Criminal Tribunal for the former Yugoslavia (“ICTY”), International Criminal Court (“ICC”), Special Court for Sierra Leone (“SCSL”) and most recently the Extraordinary Chambers in the Courts of Cambodia (“ECCC”), has resigned from his post at the ECCC, citing personal reasons for his departure.

He served as Chief International Co-Prosecutor of the ECCC, the Khmer Rouge Tribunal, based in Phnom Penh. He was nominated to this position by the Secretary General of the United Nations, Ban Ki – moon, on 18 August 2009, and appointed by the King of Cambodia, His Majesty King Norodom Sihamoni, to be Chief International Co- Prosecutor on 27 November 2009. Having tendered his resignation in August 2013, Cayley plans to leave the ECCC on 16 September 2013 to rejoin his family.

The ECCC was established in 2003 to bring to trial the senior leaders of Democratic Kampuchea, and those most responsible, for crimes committed under Cambodian domestic law, international humanitarian law and customary international law. Andrew Cayley led the prosecution of Nuon Chea, Ieng Sary and Khieu Samphon for genocide, crimes against humanity and grave breaches of the Geneva Conventions in connection principally with the murder and death of between 1.7 and 2.2 million of the people of Cambodia between 1975 and 1979.

From February 2005 to July 2007 he acted as Senior Prosecuting Counsel at the ICC in The Hague. There he supervised and provided legal direction on the United Nations Security Council referred investigation into serious human rights violations in the Darfur region of Sudan. The first investigation was completed in early 2007 and warrants of arrest were issued by the Pre-Trial Chamber of the ICC in respect of Ahmed Harun, a Sudanese Interior Minister, and Ali Kushayb, an Arab Militia leader, in April 2007. The charges included 51 counts of crimes against humanity and war crimes including persecution, murder, rape, looting and deportation.

From June 2001 to February 2005 he was Senior Prosecuting Counsel at the ICTY. He supervised and provided legal direction to the investigation against General Ratko Mladic commander of the Bosnian Serb army. The indictment on which Mladic is now being tried was largely drafted by Andrew Cayley. Andrew Cayley also supervised the investigation of the Bosnian Serb Minister of Justice and the Minister of Interior for crimes against humanity and war crimes. He supervised the investigations into members of the Kosovo Liberation Army for serious human rights violations committed in Kosovo between 1998 and 1999. In 2004 he led the first prosecution of members of the Kosovo Liberation Army for crimes against humanity and war crimes committed against members of the Yugoslav army and the civilian population of Kosovo in a makeshift camp at Llapusnik in Kosovo. He supervised the investigation into members of the Macedonian government, army and police for serious human rights violations committed in Macedonia in 2001. This led to criminal charges and the trial of the Macedonian Minister of the Interior and a senior police officer for war crimes committed in the village of Ljuboten in Macedonia in 2001.

From 2000-2003 he worked in the office of the Prosecutor for the International Criminal Tribunal for the former Yugoslavia (ICTY), where he tried the case of the Prosecutor vs. Milomir Stakic, the mayor of the town of Prijedor in Bosnia, charged with war crimes, crimes against humanity and genocide.

From 2003-2005, he headed the UN staffed and funded Serious Crimes Unit in East Timor with jurisdiction over war crimes and crimes against humanity committed during the territories independence referendum in 1999. Koumjian worked from 2005-2006 for the War Crimes Chamber of the State Court of Bosnia and Herzegovina. From 2006-2007 he headed a human rights program in Colombia funded by USAID.

From 2007 until May of this year, Koumjian was Principal Trial Attorney for the office of the prosecutor of the Special Court for Sierra Leone in the trial of Charles Taylor, former President of Liberia. As the case is set for appeal, Koumjian was set to serve as Senior Appeals Counsel for the case against Charles Taylor. However, as Koumjian also serves as the Reserve International Co-Prosecutor for the ECCC, following his nomination by the United Nations Secretary General, it is expected that he would arrive shortly in Phnom Penh to take up post as Co-Prosecutor in Cayley’s stead.

Koumjian has also recently gone into private practice and associated with Geragos and Geragos where he intends to specialize in cases concerning international law and human rights.