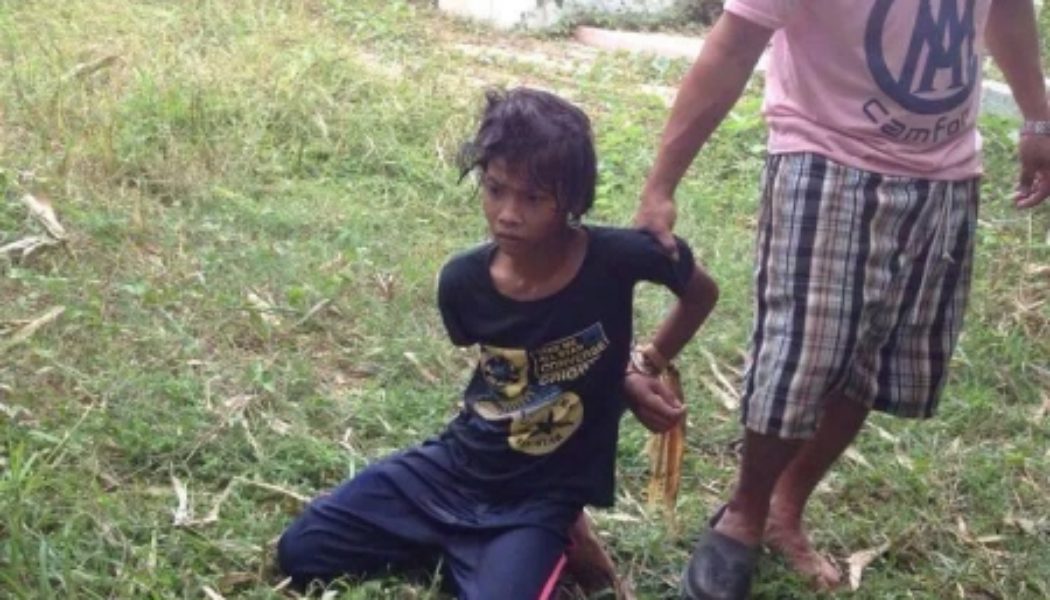 Destination Justice welcomes the decision of the Prey Veng Provincial Court on 30 August 2014, to charge two brothers with torture and acts of cruelty after they allegedly held a 14-year old boy’s head repeatedly in a container of water. The unnamed boy was suspected by the brothers of stealing four coconuts from their property. Destination Justice trusts that due process will be followed in the brothers’ case and it will be conducted in a fair and transparent manner.

A day after the initial incident took place in Pea Reang district, Prey Veng province, the two brothers – Heng Vanny, 28, and Heng Dane, 34 – were arrested on 29 August 2014, after Heng Dane posted a picture of the punishment to his Facebook account. The picture portrayed the boy with his hands tied behind his back and his head fully submerged in water, and quickly went viral on social media. This behavior is not only in violation of Cambodian law, but also international human rights law.

Destination Justice is encouraged by the number of young people who responded to this issue using social media to call on the authorities to take action over the brothers’ conduct. Destination Justice, in partnership with local institutions, non-governmental organisations and communities, is working to improve faith in the justice system and the rule of law so that individuals do not resort to taking the law into their own hands. Developing community support for justice which is consistent with the law and human rights standards will ensure better outcomes for the victims of injustices.

Destination Justice is currently rolling out a project to discuss what the notion of justice means for young people in Cambodia. Justice Roadshows will be taking place soon in Battambang and Siem Reap provinces respectively, in order to raise awareness of the concept of justice. We look forward to hearing the views of young people in those provinces and will update our website with additional information on the Justice Roadshows in the near future.