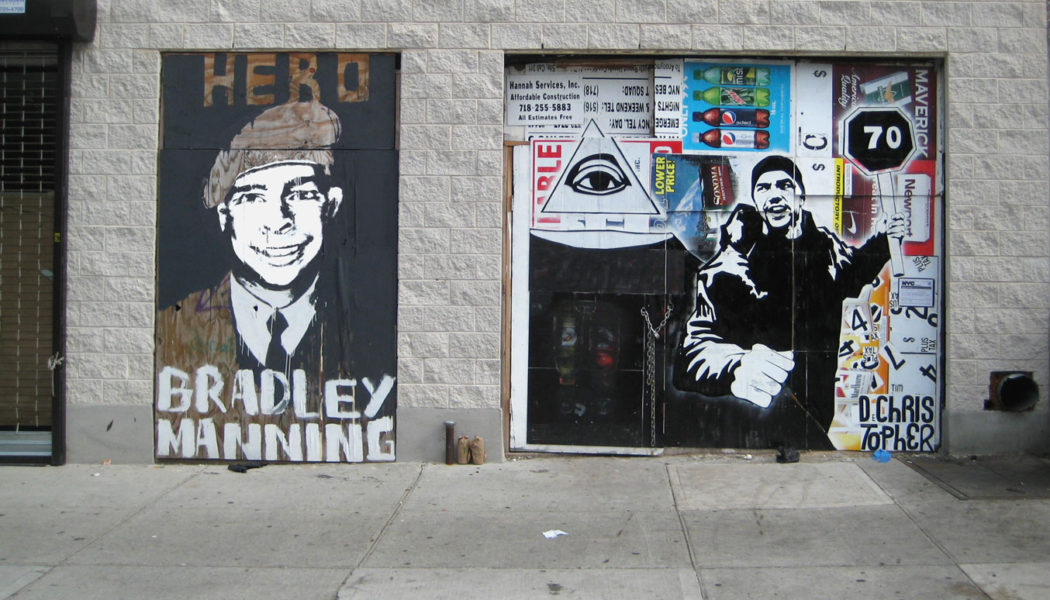 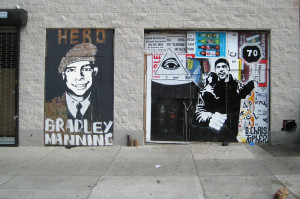 Bradley Manning was found guilty on 30 June 2013, of 17 of the 21 charges leveled against him. The soldier was found not guilty of the most serious crime, aiding the enemy, Al Qaida, however he still faces a possible maximum sentence of 90 years in military jail.

The sentencing phase began on 31 July 2013 and was expected to last a week. The trial was initially expected to last three months, however it now appears it will not last as long. During the sentencing phase, the defence will present evidence which had hitherto the verdict been excluded during proceedings. Such evidence includes Manning’s motive for leaking the information and his state of mind at the time.

Who is Bradley Manning?

Manning was born on 17 December 1987 in Oklahoma – the son of an American veteran Navy intelligence analyst. His parents divorced in 2001 and Manning and his mother moved to Wales, where Manning spent the next four years. In October 2007, at the age of 19, Manning joined the US Army and in October 2009 Manning was sent to the isolated Iraqi military base, Forward Operating Base Hammer.

While stationed in Iraq, Manning was arrested for obtaining and distributing thousands of classified documents. The public has heard many descriptions of Manning since his arrest, ranging from incredibly bright to a complicated young man.

Between November 2009 and May 2010 Manning, as he confessed, downloaded massive files that were stored in secure US intelligence databases, from his computer at the Iraqi military base where he was working as an intelligence analyst. He then transmitted the files to an encrypted whistleblower channel set up by WikiLeaks.

Material leaked by Manning included thousands of confidential diplomatic cables revealing discussions by America’s diplomatic corps on various world leaders and geopolitics. An example of one of the many revelations Manning leaked was a diplomatic cable claiming Saudi Arabia, a key regional ally for the US, was one of the largest funders of international terrorism. Also, the leaked documents revealed there were 109,032 violent deaths recorded in Iraq between 2004 and 2009, including 66,081 civilians – 15,000 more than previously reported.

Manning’s trial opened in a context of an increasing number of trials against “official leakers”. The Obama administration has launched six prosecutions under the Espionage Act, twice as many as all previous presidencies combined.

Manning has spent more than 1,160 days in detention since his arrest in May 2010. In July 2010 Manning was placed in solitary confinement at Marine Corps Base Quantico in the US, where it is reported he spent 23 hours a day in his cell. His solitary confinement ended on 20 April 2011, when he was transferred from Quantico to the Joint Regional Correctional Facility at Fort Leavenworth, Kansas.

When speaking about Manning’s detention, the Special Rapporteur stated “solitary confinement is a harsh measure which may cause serious psychological and physiological adverse effects on individuals regardless of their specific conditions”. He stated further that, depending on the precise circumstances, solitary confinement can amount to a breach of article 7 of the International Covenant on Civil and Political Rights, and to an act defined in article 1 or article 16 of the Convention against Torture.

What are the charges?

The most serious charge against him was “aiding the enemy”, in violation of Article 104 of the Uniform Code of Military Justice. The charge did not mention who the enemy was and in which way Manning aided them. He was found not guilty of this charge.

Some American civil liberties experts believe a guilty verdict to this charge would have led to “dangerous” consequences. For example, Laurence Tribe, a Harvard professor considered to be the foremost liberal authority on constitutional law in the US, said the charge could set a worrying precedent as, “charging any individual with the extremely grave offense of ‘aiding the enemy’ on the basis of nothing beyond the fact that the individual posted leaked information on the web and thereby ‘knowingly gave intelligence information’ to whoever could gain access to it there, does indeed seem to break dangerous new ground”. In that spirit, Tribe, who advised the Department of Justice in Obama’s first term, added before the sentence was handed down that the trial could have “far-reaching consequences for chilling freedom of speech and rendering the internet a hazardous environment, well beyond any demonstrable national security interest”.

Jesselyn Radack of the Government Accountability Project, an organisation involved with whistleblower advocacy, said the broad legal implications of Manning’s trial were frightening, “If Osama bin Laden or any other suspected terrorist happens to have read a New York Times article on the internet, the government can now go after the paper for ‘aiding the enemy’. That’s a big problem”.

Colonel Lind, the Judge presiding over the court martial in the absence of a jury, highlighted for Manning to be found guilty of aiding the enemy, the prosecution must prove beyond a reasonable doubt he knowingly gave helpful information to al-Qaida, al-Qaida in the Arabian Peninsula and a third terrorist group whose identity remains classified. Indeed, in the course of pre-trial hearings, military prosecutors sought to show that Osama bin Laden personally instructed an aide to download elements from WikiLeaks, including the Afghan war logs, to digital storage devices.

For the other counts, the prosecution had to prove Manning leaked information about national defence, and that he had reason to believe that once communicated, it could be used “to the injury of the US or to the advantage of any foreign nation”.

What is the process of a military trial?

As a soldier, Manning had a military trial. The basic structure of the military process is similar to criminal trials as the Rules for Court-Martial (RCMs) and Military Rules of Evidence are in some respects similar to those in civilian criminal courts. Once allegations are made, the government begins to investigate the crime.

The government’s investigators are usually Military Police Investigators (MPI) or Criminal Investigation Division (CID) officers. They interview the key witnesses, secure all available evidence, and create a report detailing the nature of their investigation. Based on this investigation, the government prosecutor (Trial Counsel) then discusses the case with the accused’s chain of command. The command can then recommend a Summary Court-Martial, a Bad Conduct Discharge Court-Martial, or a General Court-Martial.  Each level of court-martial has different maximum punishments it is authorized to impose.

Manning appeared before a General Court-Martial – the highest level of military court. It consists of a military judge, trial counsel, defence counsel, and at least five court members. In a General Court-Martial, the maximum punishments include death for certain offences, confinement, a dishonorable or bad-conduct discharge for enlisted personnel, a dismissal for officers, or a number of other lesser forms of punishment.

At military trial, soldiers can have their case heard by an impartial judge or jury. Manning chose his case to be heard by a military judge.

A court-martial has two basic phases, the findings phase and (if necessary) the sentencing phase. In the findings phase, the trial counsel presents witnesses and other evidence in an attempt to prove the accused is guilty of the offences charged. Defence attorneys are then able to cross-examine the witness and make other challenges to the evidence in an effort to discredit the witness or show why they should not be believed. However, if the accused is found guilty of any offence, the case proceeds immediately to the issue of sentencing.

Sentencing evidence includes the impact of the crime (both on a victim, and on a unit’s discipline and morale), the accused’s duty performance history, and extenuating or mitigating circumstances surrounding the offence. Both defence attorneys and the Government may call witnesses during this phase. After the witnesses testify, the accused is given an opportunity to testify. Depending on the accused’s choice to testify under oath or not, the Government and the military judge may ask questions or not.

At the conclusion of the presentation of evidence, the Government and the defence attorneys are each given an opportunity to argue for an appropriate sentence. Once they finish their arguments on sentencing, the military judge will deliberate on the appropriate sentence.

Since Manning admitted to being the source of the WikiLeaks disclosures, most of his defence strategy will probably be focused on attempting to reduce his sentence through mitigation.

What will be his defence?

Manning had already pleaded guilty to lesser offences (that he transmitted classified information to WikiLeaks) carrying a possible maximum sentence of 20 years each. He has already admitted to leaking a large cache of diplomatic secrets to WikiLeaks, including a video of a July 2007 helicopter attack in Baghdad in which civilians, including two Reuters journalists, were killed; war logs from Afghanistan and Iraq, and 250,000 diplomatic cables from US embassies around the world.

In legal argument before the trial began, the US Government alleged WikiLeaks guided the selection of documents leaked by Manning through its 2009 “most wanted list”. According to the prosecution, Manning used precisely the same file names as contained on the WikiLeaks list of documents. This accusation was strongly disputed by Manning’s defence lawyer, David Coombs who told the Court, “there is no evidence to support that Manning took direction from WikiLeaks or that he used this list as a guide to what he would give to WikiLeaks. Mr Manning was not taking his direction from WikiLeaks“.

During the sentencing phase, the defence will be able to discuss motive and Manning’s state of mind at the time he leaked the information. Witnesses will be called.

Lauren McNamara is a witness that is likely to be called. She had AOL instant messenger chats on and off with Manning between February and August 2009, before he contacted WikiLeaks. She said her conversations with him showed no malice, no anti-American feelings or any desire to harm anyone. “He seemed a well-adjusted guy who was confident in the military even though he had had some bad experiences, and was pretty positive in attitude,” she said.

Some of Manning’s statements in court reveal his initial intention, such as, “with my insatiable curiosity and interest in geopolitics, I became fascinated… I came to the conclusion that this type of information should be public.”

In pre-trial hearings, the defence suggested Manning’s superiors did not display sufficient duty of care towards him.

In a statement Manning read out to court, he gave an insight into his motives for leaking – something which is also likely to be pivotal during sentencing – in seeking to show his intentions were not to harm the US, but to enhance its moral standing. He said at the time he leaked the documents he had wanted to “spark a debate on the military and our foreign policy in general”, and the American public had a right to know “the true costs of war”.

The chances of Appeal

In military trials, the right to appeal is limited. Contrary to a civilian criminal case where a convicted person can appeal right up to the US Supreme Court, in military cases such right of appeal does not exist. Nevertheless, the convicted prisoner can ask for a review by the Court of Appeals for the Armed Forces (CAAF), which denies review in most cases. As a final measure of appeal, Manning may also petition the President of the US for a reprieve or pardon under Article II, Section 2 of the US Constitution.

Imogen Coates-Marnane
Imogen is a Destination Justice Associate Consultant focussing on access to justice issues. She has a background in community law in Australia.
Loading Facebook Comments ...