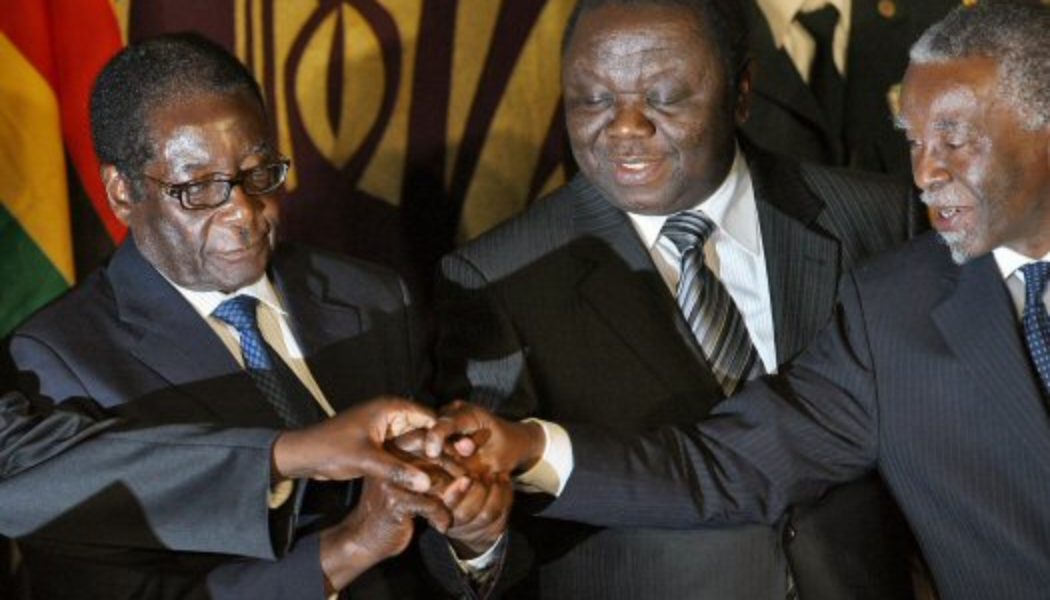 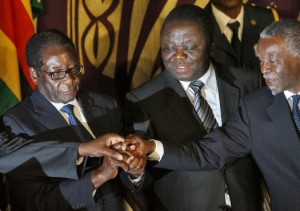 On 31 July 2013, Zimbabwe’s people went to the polls. The official election results gave Zimbabwe African National Union – Patriotic Front (ZANU-PF) President Robert Mugabe 61 percent of the vote in the presidential poll. The other main candidate in the election, Prime Minister Morgan Tsvangirai from the Movement for Democratic Change (MDC-T) got 34 percent of the votes.

There were five presidential candidates, of which Mugabe and Tsvangirai held the most influence. Their political parties, ZANU-PF and the MDC-T have shared an uneasy coalition government since 2009 under a deal made to end violence after a disputed poll in 2008.

Prior to 2008, ZANU-PF’s hold on Zimbabwe effectively made the country a one party state. Eighty-nine year old Mugabe has been president since Zimbabwe gained independence in 1980. On being elected he was praised for reaching out to the white minority and his opposition as well as his pragmatic approach to the economy. However, he soon expelled from his government of national unity a party with a stronghold in the south and began an anti-opposition campaign in which thousands died. In the 1990s he started a land distribution program whereby commercial farmers were driven off the land by mobs. A steady decline in the economy followed. At the core of ZANU-PF’s 2013 election policies were plans to ‘indigenise’ foreign companies and improve the economy through the country’s natural resources.

Sixty-one year old Tsvangirai helped form MDC in 1999, in opposition to ZANU-PF. Those involved in forming the party were members of the broad coalition of civic society groups and individuals that campaigned for a “no” vote in the 2000 constitutional referendum. Employment was one of MDC-T’s top political agendas, coming into the elections, with a manifesto intent on the reintegration of Zimbabwe into the international community and the devolution of power to the local level.

When Zimbabweans went to the polls on 31 July 2013 they were voting for their president, 210 lawmakers and local councillors.

The results from the parliamentary election favoured ZANU-PF – it won 155 seats compared to MDC-T’s 50-seat win. With a two thirds majority in parliament ZANU-PF would have the power to change Zimbabwe’s new constitution.

In results from local council elections, ZANU-PF won more than 40 percent of the votes.

While ZANU-PF’s information secretary, Rugare Gumbo, said observers from several countries were all satisfied with the conduct of the election, it is clear certain commentators from Zimbabwe and abroad are concerned over the validity of the election.

Mr Tsvangirai was one of the first to come out in opposition to preliminary results. Speaking from MDC-T headquarters in Harare, he said “the credibility of this election has been marred by administrative and legal violations which affected the legitimacy of its outcome”.

United States Secretary of State, John Kerry said in a statement on 3 August 2013, in relation to reported irregularities, “the US does not believe that the results announced today represent a credible expression of the will of the Zimbabwean people.”

What are the alleged irregularities?

Foreign (mainly African) and local observers monitored the polls. Western observer missions were not permitted due to sanctions imposed on President Mugabe and his main officials for rights abuses.

The Zimbabwe Election Support Network (ZESN), a coalition of 31 non-government organisations formed to coordinate election activities, organised 7,000 people to monitor the election. While ZESN issued a statement reporting the election to be largely calm and peaceful, the organisation concluded the credibility of the election was compromised because of a systematic effort to disenfranchise roughly one million voters.

ZESN also reported when taking into consideration the massive bias in the state media, the campaign of intimidation in rural areas, the lack of meaningful voter education, the rushed electoral process and the harassment of civil society, the credibility of the elections was severely compromised.

The African Union (AU) had a 60 member election observation mission. In a preliminary statement the AU stated information gathered suggested peaceful process, however it did note a number of concerns including voters being turned away, missing and excessive numbers of ballot papers, late publication of voters roll for inspection, high numbers of assisted voters and biased reports in the media.

Will the election results be challenged?

It has been reported legal challenges of the election results will depend on whether Zimbabwe’s neighbours endorse the poll or not. In any case the MDC-T has said it is determined to pursue peaceful, legal, political, constitutional and diplomatic remedies to resolve the current crisis.

Under Zimbabwe’s Constitution there exists a provision for any aggrieved candidate to challenge the validity of an election of President or Vice-President by lodging a petition or application with the Constitutional Court within seven days after the results of the election have been declared. In determining a petition or application the Constitutional Court may declare a winner or invalidate the election, in which case a fresh election must be held within 60 days after the ruling.

Imogen Coates-Marnane
Imogen is a Destination Justice Associate Consultant focussing on access to justice issues. She has a background in community law in Australia.
Loading Facebook Comments ...