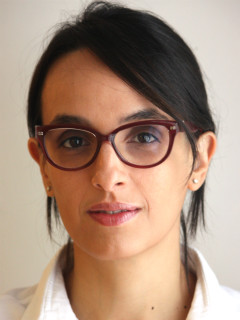 Silvia is an international lawyer specialising in domestic and international criminal law, rule of law, access to justice and human rights. She is currently based near Geneva where she serves as the Director of Destination Justice’s France office situated in Annemasse’s Cité de la Solidarité Internationale.

Before joining  Destination Justice, Silvia has practiced criminal law in Italy and collaborated in different capacities with national and international NGOs, such as The Correctional Association of New York, Human Rights Watch, and Franciscans International. Here, she monitored, advocated and conducted trainings on UN Human Rights Mechanisms, international law, and human rights matters. Silvia has researched and published on issues which span from assessing the adherence of ASEAN countries’ criminal justice systems to international human rights and fair trial principles, to understanding the interplay between international criminal tribunals and domestic prosecutions of war crimes within the particular context of the Special Panels for Serious Crimes in Dili, Timor Leste.

She has an LL.M. with honours and a Certificate in International and Comparative Law from Columbia Law School, as well as a degree in Law from the University of Genoa.  She is admitted to the Italian Bar and speaks fluent Italian, English, French, and basic Spanish.