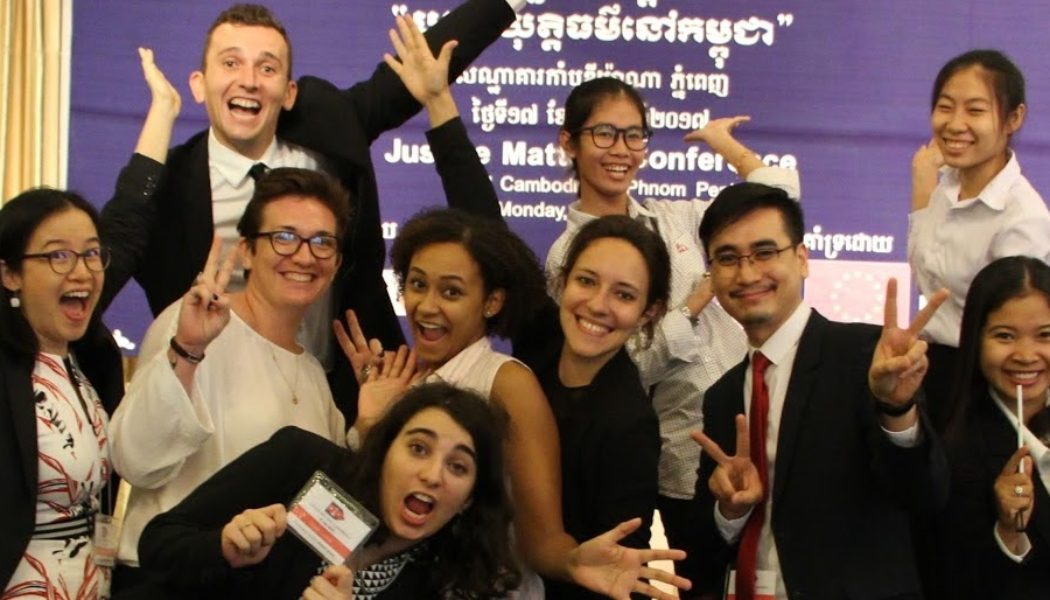 Cambodia is uniquely placed to contribute to a dialogue on how the pursuit of international justice can strengthen local jurisprudential standards. Cambodia is one of two ASEAN countries that have signed and ratified the Rome Statute of the International Criminal Court. Moreover, it is one of the few countries ever to host a UN-backed yet domestic tribunal to prosecute genocide, crimes against humanity and war crimes, as it does at the ECCC.

This year’s conference was also an opportunity for Destination Justice to showcase one of the projects it has been working on for the past year: the Annotated Cambodian Constitution. During the 2016 conference, Destination Justice sought collaborators for this project in its desire to develop joint initiatives to facilitate better access to legal literature. A year later, thanks to the resulting collaboration, Destination Justice was able to present the first draft of the Annotated Cambodian Constitution at the 2017 conference. The first edition of the Annotated Constitution of the Kingdom of Cambodia was formally launched on 5 december 2017 with an attendance of around 80 legal professionals. 800 copies in Khmer and 300 copies in English were made available and distributed. 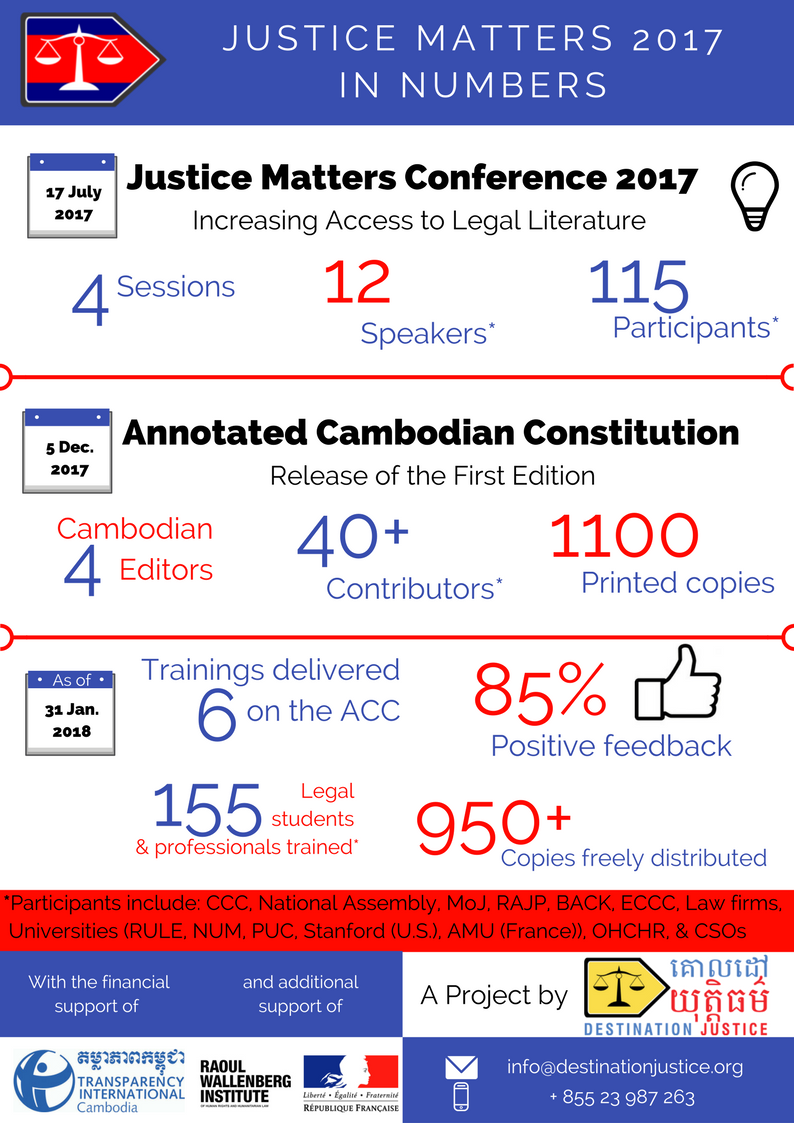