Geneva, Switzerland – 5 November 2014 – Destination Justice Litigation Program Co-Directors Silvia Palomba and Doreen Chen filed a Petition with the UN Working Group on Arbitrary Detention (“WGAD”) calling for the immediate release of Ms. Zinaida Mukhortova—a human rights defender, activist lawyer, and Kazakh citizen who has been detained in a psychiatric facility in Kazakhstan since 2 July 2014. Over the last four years, Ms. Mukhortova has been detained on five separate occasions on charges stemming from a vacated and highly disputable mental health evaluation initiated after her first detention. That detention occurred immediately following an open letter in which Ms. Mukhortova called for investigations into potential Kazakh government corruption.

The Petition follows criticism from multiple UN offices regarding Kazakhstan’s hostility toward political rights activists and human rights defenders in particular. The Office of the High Commissioner of Human Rights noted that “the space for public criticism [is] shrinking rather than expanding in Kazakhstan”; likewise, both UNESCO and the Human Rights Committee voiced concern over “reports that threats, assaults, harassment and intimidation of journalists and human rights defenders had reduced the exercise of freedom of expression.” These reports signal a growing international discontent with Kazakhstan’s failure to fulfill its obligations under the International Covenant on Civil and Political Rights (“ICCPR”), which Kazakhstan ratified in 2006. The International Commission of Jurists, Human Rights Watch, Amnesty International, and others have expressed concern over Kazakhstan’s increasing restrictions on political speech and noted that the country has become a hostile environment for human rights defenders. More troubling still, human rights defenders in Kazakhstan have been increasingly detained under highly questionable mental illness charges similar to Ms. Mukhortova’s, such as “inciting religious discord” or inducing “involuntary hypnosis.”

First, the Petition demonstrates that Kazakhstan failed to meet both national and international procedural safeguards, for example, by failing to obtain a warrant for Ms. Mukhortova’s arrest, and by failing to provide any valid substantive reason whatsoever for her arrest.

Finally, the Petition indicates that Kazakhstan failed to honor Ms. Mukhortova’s right to counsel on at least two occasions.

Destination Justice (DJ) is a non-profit law, governance and development organisation. DJ has assisted Ms. Mukhortova on a pro bono basis; to read more about DJ and its Consultants, click here. 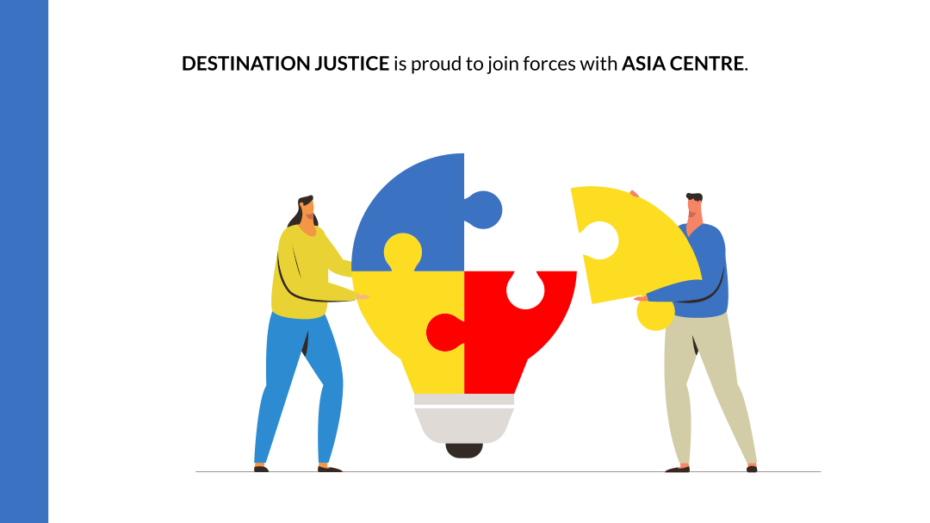