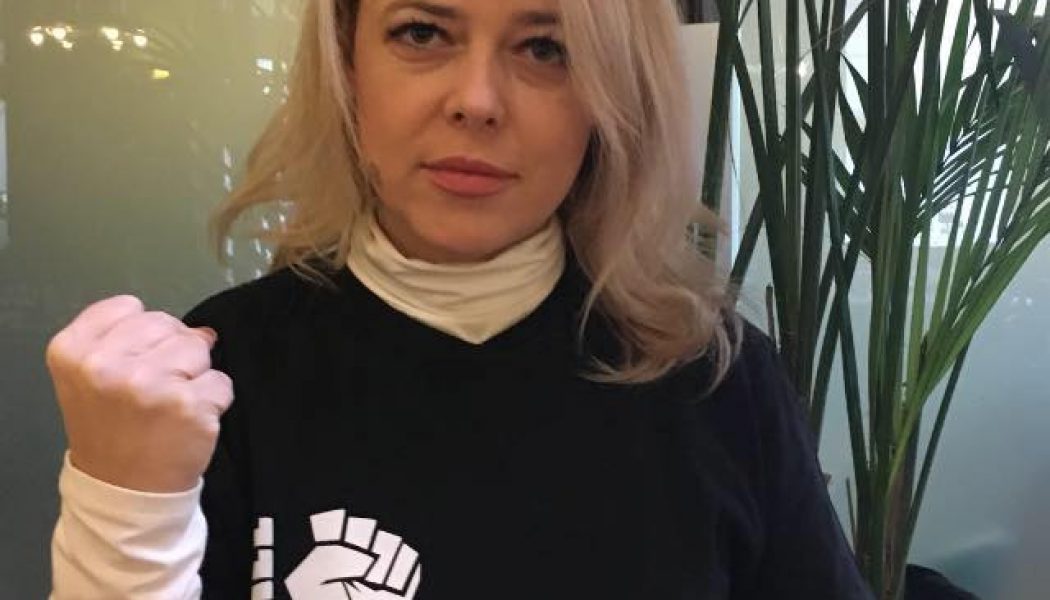 The President of the European Commission
Jean-Claude Juncker

Notwithstanding its obligations, the Moldovan government has clearly deviated from the democratic course it claims to be following and from its duty to respect, protect and fulfill human rights.

We urge the international community to react to this practice and remind the Moldovan authorities that persecuting advocates because of their professional activity and their criticism of the ruling elite is contrary to Moldova’s international obligations.

Open Dialog Foundation and Destination Justice regard the reopening of the case to be unlawful because it was done in flagrant contravention of the current statute of limitations and of  the 14 May 2015 ruling of the Constitutional Court of Moldova of which declared  unconstitutional the multiple prosecution of the same person for the same act.

The criminal case against Ana was reopened in October 2016 shortly before she started defending Vyacheslav Platon (Kobalyev), one of the main opponents of Vladimir Plahotniuc, an influential Moldovan oligarch and politician. Platon (Kobalyev) is one of the key witnesses in two corruption  cases allegedly involving Plahotniuc: the stealing of 1 billion dollars from the state budget of Moldova by means of declaring 3 Moldovan banks bankrupt (in November 2014), and  the  the laundering of 21 billion dollars through the banking system of Moldova.

Platon (Kobalyev) declared his availability to give testimony to the American and European investigating officers with regard to Vladimir Plahotniuc’s possible involvement into these cases.

In addition to Platon (Kobalyev)’s case, there are other well-founded reasons to believe that there is a link between Vladimir Plahotniuc and the reopening of the case against Ana Ursachi. Notably, Ana defended the interests of many other opponents of Vladimir Plahotniuc. On behalf of her clients, for example, she published evidence concerning Plahotniuc’s involvement in corruption and transportation of drugs to the EU and US.

Apart from criminal prosecution, Ana Ursachi is also the subject of a smear campaign launched by the media owned by Plahotniuc. In particular, his TV channels aired the documentary film entitled The Devil’s Advocate, which portrayed Ana Ursachi as the  leader of a criminal organization which functioned in Moldova in the 1990s and which was allegedly involved in the 1997 murder case recently reopened against her. This clearly violates the principle of the presumption of innocence. Moreover, Ana Ursachi faces pressure through other means. For instance, on 21 November 2016, an unlawful search was performed in the apartment of Ana’s parents, conducted at night time (after 10 p.m.) and in the absence of Ana’s lawyers. Her 72-year-old father and 19-year-old son were present in the apartment at the time of the search. As a result of the search, Ana Ursachi’s personal computer and tablet computers were seized and confidential information regarding her clients were obtained in complete disrespect of attorney-client privilege.

On 5 December 2016, it became known that the authorities furthermore opened a questionable criminal case against Eduard Rudenco, Ana Ursachi’s lawyer. Though the case was opened in April, 2016 Rudenco was notified only few months ago and, curiously, only when he formally took the defence of Ana Ursachi.

The criminal proceedings opened against Ana Ursachi and Eduard Rudenco are clearly being used as a means through which to prevent them from defending their clients.

Open Dialog Foundation and Destination Justice call upon the international community to stop the practice of persecuting independent advocates in Moldova. We urge the governments of the United States and of other European countries, together with the competent bodies of the EU,  the OSCE, PACE and the UN to take the following actions:

Prevent the misuse of the Interpol instruments to support the political persecution of which Ana Ursachi and Eduardo Rudenco are victims.