On 22-23 June 2016, the UN Human Rights Committee will consider the implementation of Kazakhstan’s obligations under the International Covenant on Civil and Political Rights (ICCPR).  Destination Justice and the Open Dialog Foundation presented the Committee with a report in which they drew the Committee’s attention to the gross violations in Kazakhstan of freedom of expression and dissemination of information – rights protected under the Covenant.

Through the use of oppressive policies and legislations, Kazakhstan has unjustifiably restricted the right to freedom of expression and information of journalists, lawyers, human rights defenders and critics of the government and its representatives. By doing so, Kazakhstan has undermines the  essence of the right and violated its international committments.

The new 2015 Kazakh Criminal Code contains vague and politicised charges mainly used to prosecute journalists, activists and opposition politicians. In particular, long-term imprisonment is envisaged as punishment for defamation under the Code (Article 130); for insulting the president or a representative of the authorities (Articles 373, 375, 376, and 378); for interference of members of public associations with the activity of state bodies (Article 403); for inciting social, national, tribal, racial, class or religious hatred (Article 174); and for disseminating of knowingly false information (Art. 274). According to official data, from January to November 2015, the Kazakh authorities initiated 88 cases under Article 174 of the Criminal Code and 67 cases under Article 274 of the Criminal Code.

The Kazakh government continues to detain Vladimir Kozlov: a prominent political opponent who is serving a 7.5-year prison for inciting social discord and calling for the overthrow of the constitutional order. Other egregious examples include the cases of Yaroslav Golyshkin and Gyuzyal Baydalinova, respectively sentenced to 8 and 1.5 years in prison for their journalistic activities.

In addition to criminal sanctions, the provisions of the Civil Code on the protection of reputation (Articles 141 and 143) are used by the authorities to crack down on opposition journalists by imposing excessive penalties on them. For example, the editors-in-chief of the Nakanune.kz portal, the newspaper ‘Zhas Alash’ and the magazine ADAM received fines respectively for 61,000 euros, 101,000 euros and 126,300 euros. These are significant fines considering that the minimum monthly wage in Kazakhstan is 61 euros.

Moreover, Articles 451, 453 and 456 of the Administrative Code allow the authorities to suspend the circulation of media outlets for minor technical violations (namely, errors in specifying the output data). New amendments to the law on “Telecommunications”, “Mass Media” and “Combating Terrorism” also established new avenues through which to silence dissent. For example, the prosecutor’s office is now able to block the operation of Internet websites without a court trial if it deems them to be used in criminal activities or it recognizes them as extremist. The Kazakh Ministry of Investment has now the authority to monitor the media and to halt the spread of “illegal information.”

Under the Administrative Code, outspoken media outlets have been shut down through court trials which are frequently carried out with gross violations of fair trial principles. In 2012, 34 non-state media outlets were banned. Subsequently, the operation of the newspapers Assandi Times, ‘Pravdivaya gazeta’ [‘The Truthful Newspaper’] and the magazine ‘ADAM Bol’ were also suspended. It is also commonplace for websites or individual journalistic articles to be blocked in Kazakhstan.

The Kazakh authorities have repeatedly refused to decriminalize defamation, insulting and disseminating of knowingly false information under the justification that these crimes are necessary to stop the attempts to “use free speech” against the “interests of the individual, society and state”. The authorities also expressed support for the measures taken to suspend or block media outlets with the aim of “ensuring information security”.

Already in 2011, the UN Human Rights Committee recommended Kazakhstan to review its legislation regarding information, pointing to the many incidents of persecution of journalists, human rights defenders and activists. The imprisonment of the journalist Gyuzal Baydalinova and the recent mass arrests of activists who supported protests against changes of the land law demonstrate that the government has taken no steps in respect of implementing that recommendation. On the contrary, it has become increasingly repressive and has consistently encroached on the space to exercise freedom of expression in Kazakhstan.

The Open Dialog Foundation and Destination Justice therefore have urged the UN Human Rights Committee to strongly recommend Kazakhstan, among other things, to: 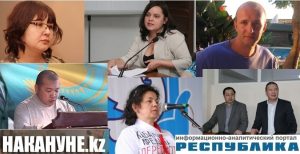 A more detailed analysis of the implementation of the freedom of expression in Kazakhstan and more examples of violations can be found in the report submitted by Destination Justice and the Open Dialog Foundation at the following link:

The Open Dialog Foundation was established in 2009 and has its representative offices in Warsaw (Poland), Kiev (Ukraine) and Brussels (Belgium). The statutory objectives of the Foundation include protection of human rights, democracy and rule of law in the post-Soviet area, with particular attention focused on the largest countries in the region: Kazakhstan, Russia and Ukraine.

Destination Justice was established in 2011 with offices in France and Cambodia. Destination Justice is a community committed to ending injustice. Structured as a non-profit, its work focuses on strengthening human rights and the rule of law through activities such as the provision of legal services to vulnerable populations and partner organisations. 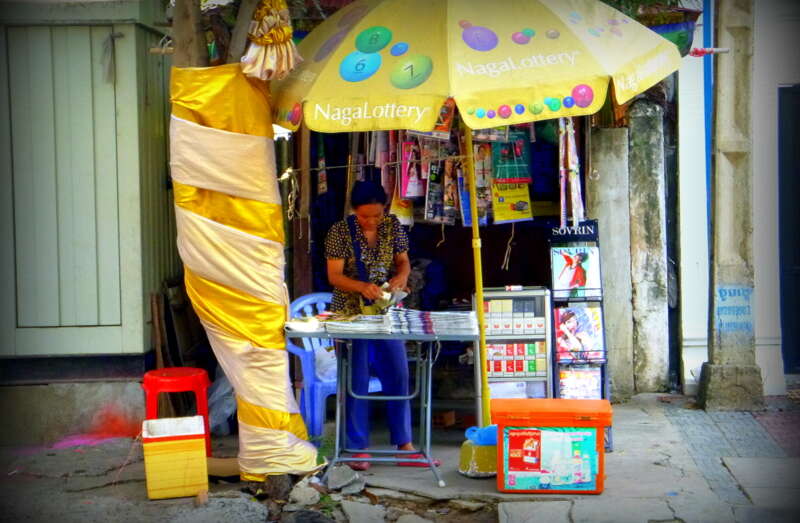